Aaaw, the “Äggatårta” (=egg cake) brings back so many beautiful memories. It’s a very traditional Swedish recipe and I don’t remember any christmas, midsummer, period party, wedding, easter or birthday without the Äggatårta. Since easter is just around the corner I will now show you how to cook an Äggatårta with your coffee maker. Do I need to tell you that the higher Äggatårta the better..?

If you don’t know how to serve your ugly eggs on your uninspiring easter table… Serve them like this.

This Äggatårta is build by hard boiled and turned over eggs, glued with mayonnaise and then decorated with the Kalles kaviar.

Put six of the eggs in the coffee maker carafe and pour water into the coffee brewer. Start your coffee maker. The eggs have to be hard boiled so I coffee maker cooked them for almost 1½ hour (just to be super sure (well, I also might have forgot about them for a while…)). Pour off the warm water, dunk them in some cool water and shell them.

Melt butter directly on the heater. Crack an egg on it and fry it pretty hard on both sides. It takes about 30 minutes to make a turned over egg. The Äggatårta in the picture got four turned over eggs. Since it’s important that all of the turned over eggs are perfectly round and have the same size, the coffee maker heater is the perfect weapon of choice for this, even though it takes some time. Turn off the coffee maker when you’re done.

Construction time! Divide all the hard boiled eggs in half, except for one. Put a turned over egg on a plate. Place three egg halves onto the turned over egg. Glue them together with mayonnaise and season with pepper. Go on like that until you place the last turned over egg. Now you’ll have one whole egg, and one egg half left. Shred the whole egg and top nicely with the thin egg slices.And now decoration time – aka Kalles kaviar time! String a lot of caviar over the whole cake. Put the last egg half on top and decorate with even more Kalles. Yum! 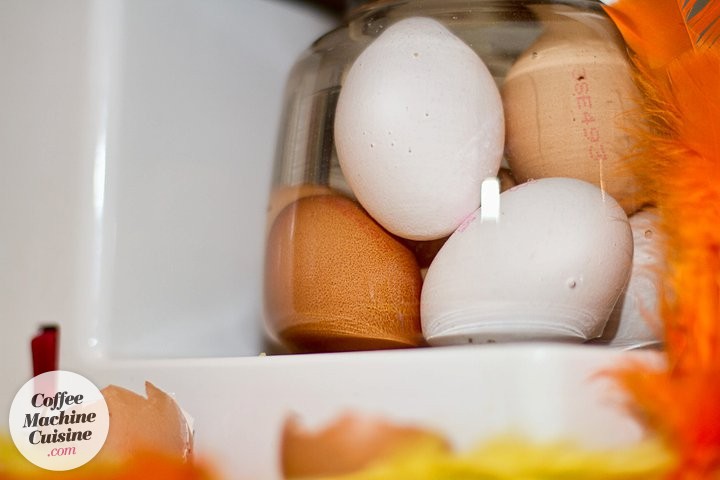 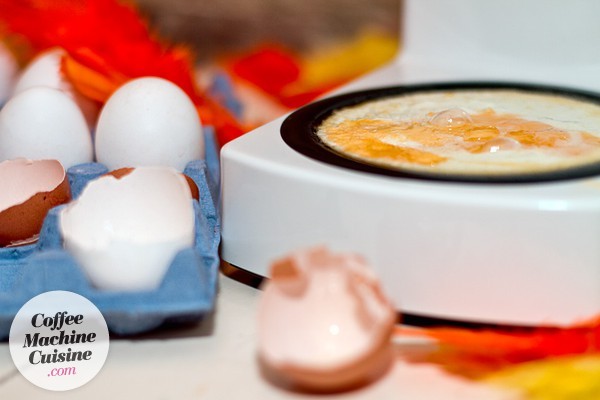 How to cook an Äggatårta with your coffee maker. 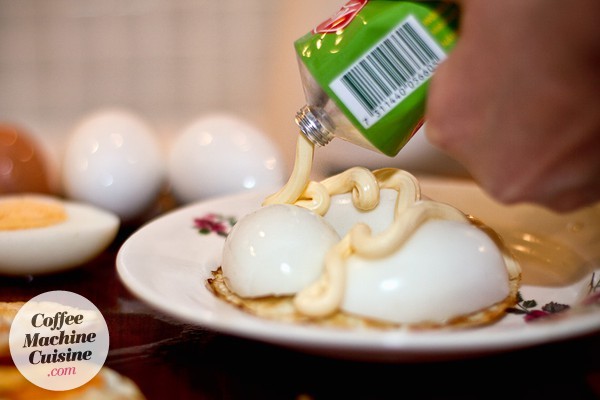 Glue the Äggatårta together with mayonnaise. 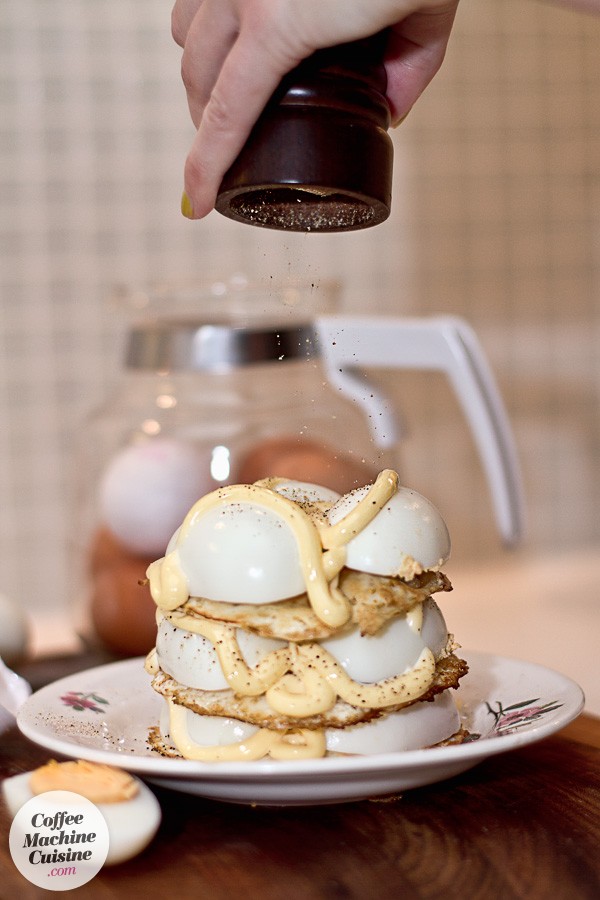