My name is Katja and I’m the Swedish coffee maker chef, or as we say in Sweden – “Kaffekokarkock” (it even says so on my business card). I live with my boyfriend Dan (who takes all of the great pictures for this blog) in Gothenburg and we have three cats, Gucci, Iggy and Zappa. Yup, we are a crazy cat couple. 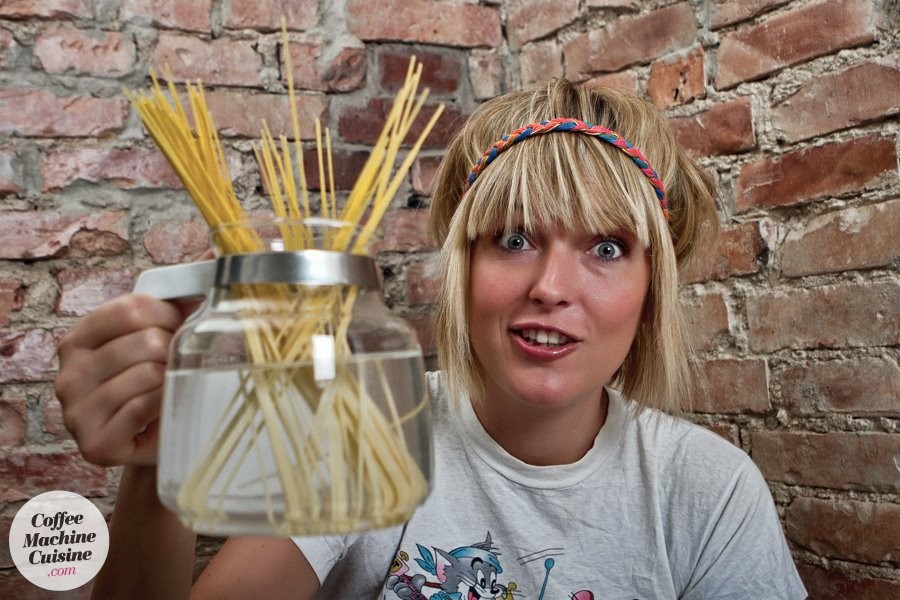 This is the story of this blog.

I used to live in a dorm back in 2009 and I didn’t have a kitchen in my room. But since my grandma recently died I had her old coffee maker there. One day I tried to make the typical student food, noodles, in the coffee maker and it worked perfectly! Until that day I never liked to cook but then and there I wanted to try what other recipes I could make in the coffee maker. Now many years have gone by and I’ve cooked pizzas, pastas, cat food (of course), shellfish soup, testicle tacos (this was really a good one), cakes, breads, burgers, Swedish meatballs, pig tail soup… Pretty much everything in my old coffee maker.

I met Dan when my coffee maker experiment was about half a year old. Fortunate for me he thought it was a fun experiment and since he’s an excellent photographer and designer we also created and published a book on the subject called Kaffekokarkokboken. Kaffekokarkokboken.blogg.se is the Swedish version of Coffee machine cuisine on which I’ve been blogging since that spring in the dorm back in 2009. 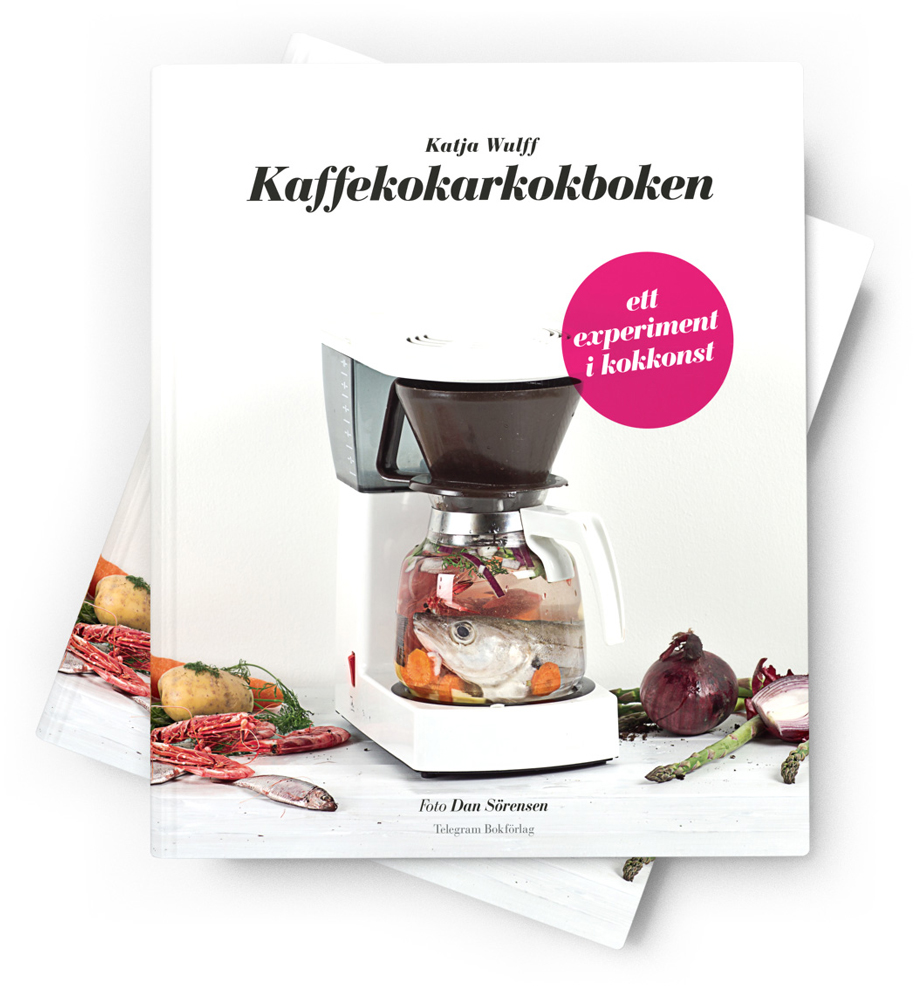 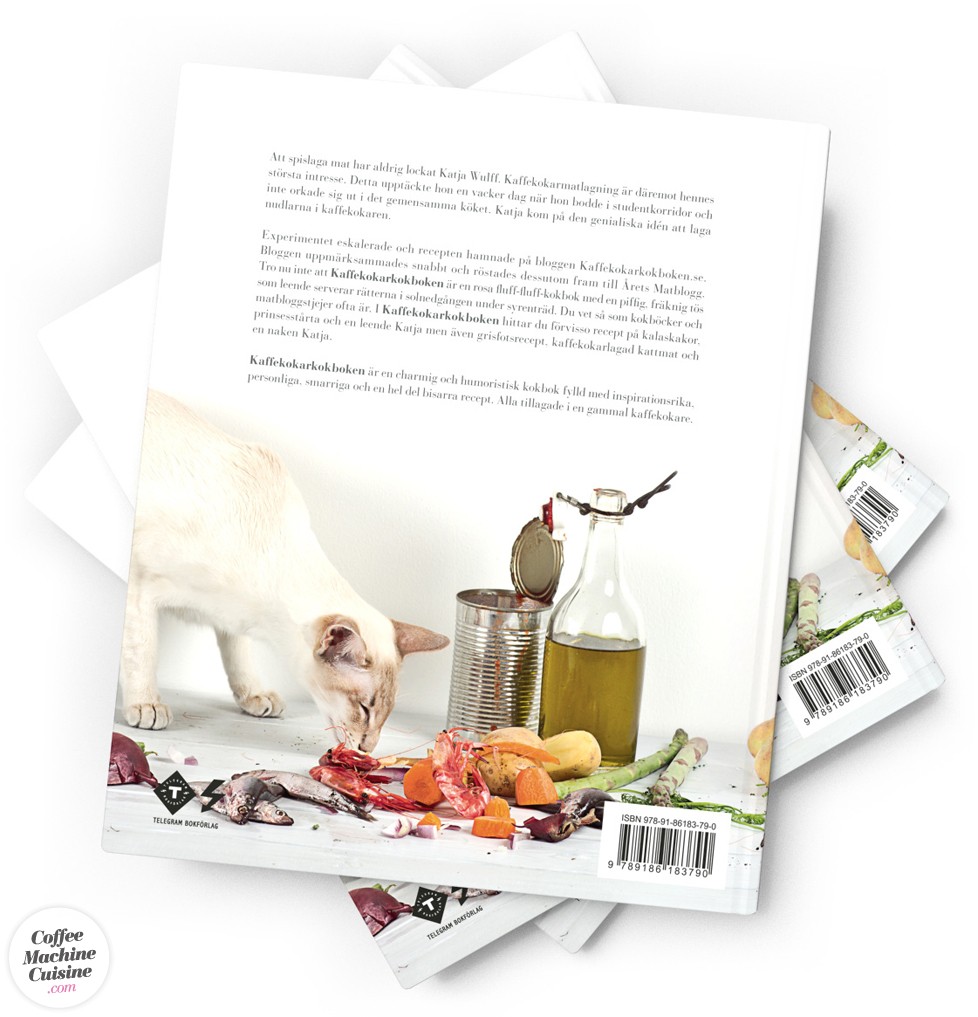 I love to use nasty looking ingredients that looks cool rather than taste good. Oh! The Swedish version of the blog  won Food Blog of the Year in Sweden 2010 and the book gets loads of great reviews. Maybe the recipes aren’t the most tasty ones but that’s not really the point. It’s supposed to be more of a creative, feel good thing and encourage people to have fun and do whatever makes them happy.

Cat stuff and cooking in my coffee maker are a couple of my things.

9 thoughts on “The idea”