This soup might not seem to be super tasty, but actually it is one of the yummiest recipes I’ve made. After our book was released 2011 I was invited to Gothenburg book fair to cook one of the recipes from the book in my coffee maker. At the end of the day some people got to try the soup and they said that it definitely was the best food on the whole fair.

Maybe it was shitty food on the fair, but I choose to believe that it simply is a great soup. Dan made this soup for me on our first date. I thought when he said that he was going to make a soup for me that it was kind of a dull thing, but I quickly changed my mind after I ate it. 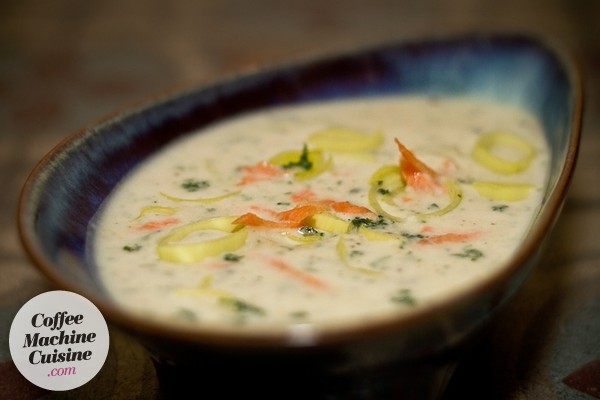 Peel and quarter the potatoes and the carrot. Chop the leek. Add this into the can, a stock cube into the filter thingy and water in the brewer. Start the coffee maker. The water should just cover the ingredients. Also add rosemary, tarragon and chervil. Let this stand in a half eternity because it must be really soft and well cooked. About four hours maybe. Then bilge half of the water.

Whip/chop the ingredients with a whisk/spoon (or use a blender if you have it – I didn’t have one at the time). Pour the crème fraîche, parsley and milk. Stir and heat the soup again for another hour. Season with salt and pepper. Turn off the coffeemaker.

Sprinkle some leeks on top and serve. 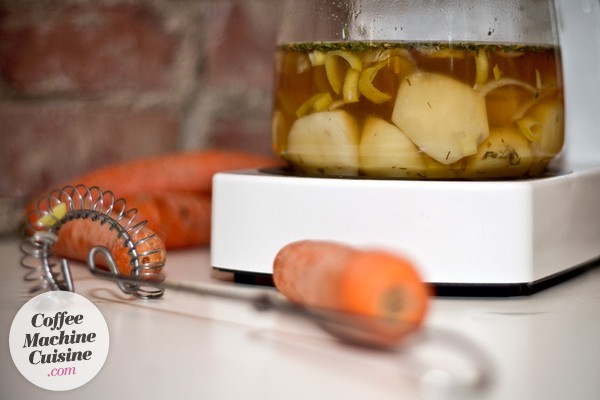 How to cook potato soup with leeks on your coffee maker. 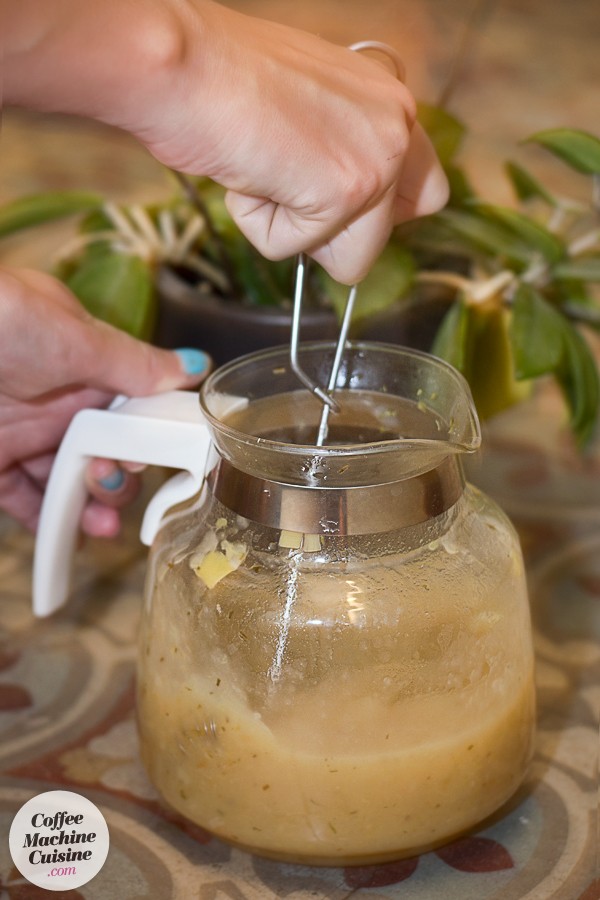 Mash it all together. 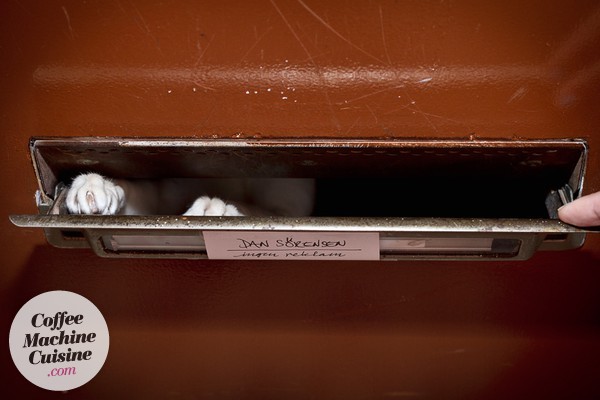 We took some of the pictures above in the stairwell (because of the lovely floor). It seems like Iggy wanted to join us…